Among the most common impediments facing teams and organizations when they are attempting to adopt Scrum is the lack of a full-time ScrumMaster, Product Owner, Team Members in general, and Team Members with testing expertise in particular. The most unexpected thing about this situation is that the degree to which people are not available (or allowed) to play full-time on one Scrum Team is directly proportional to the size of the organization: the larger the company, the less likely it is that full-time commitment to a single Scrum Team will happen.

I’ve been noticing this effect for several years, through training and coaching in organizations of all sizes, from single-team startups to gigantic companies with thousands of people and potentially hundreds of Scrum Teams. Smaller companies in general find it both logical and perfectly sensible to allow – in fact to insist – that everyone focuses on a single role, committing to the organization and to their teammates a single-minded devotion to performing that role at the highest possible level.

The outcome is always a happy one. People love being able to throw themselves into a productive, valuable, purposeful role that creates the best possible product for the company’s customers. Engaging with others to achieve shared goals, both long-term and short-term, also offers tremendous individual satisfaction and generates powerful intrinsic motivation. Being in a position to help make everyone else better through teamwork and commitment is a powerful aspect of Scrum done well.

And then there is the other case. Giant companies typically spread their people across at least two or more so-called Scrum Teams. There is no possibility of commitment, focus, or building the essentials of teamwork. Even worse, with their attention constantly divided and distracted, these individuals never get to experience the intrinsic motivation that is one of the most powerful side-effects of working in a real Scrum environment.

One more time, for emphasis: the larger the company the less likely it is that people will be allowed to play on a single Scrum Team full-time, in any role. This situation begs the question: why would small companies, with very limited resources (primarily money) be better at adopting and using Scrum effectively than large companies whose financial resources are effectively infinite in comparison? 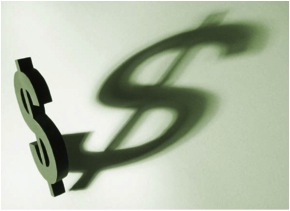 A recent study* published by William Lazonick, professor of economics at the University of Massachusetts-Lowell, pinpoints the root cause of the problem at the system level. Large companies are chronically understaffed because investment of current profits in the future of the company – a key tenet of capitalism – has been replaced by the theory and practice of Maximizing Shareholder Value, or MSV, which demands that companies return not only all of their profits but also much of their cash-on-hand to the shareholders rather than investing in the company’s future products and productive capabilities. The primary engine of this new business philosophy, which emerged from the US competitiveness crisis of the 1980s, is the stock buyback, followed by the more traditional stock dividends.

Professor Lazonick demonstrates, with publicly available financial data from corporate SEC filings, that many of the largest multinational companies’ stock buybacks and dividends actually exceeded corporate net income for the decade 2004-2013. This includes some of the biggest names in technology: IBM, Intel, Microsoft, Cisco Systems, and Hewlett-Packard. What this means is that these and many other companies spent more than they made in profits over the course of that decade just on stock buybacks and cash dividends to shareholders. Even more startling, many of these companies incurred debt, by selling corporate bonds, to finance their share buybacks. The inevitable result is that companies had nothing left over to invest in future products and future productive capacity.

Cash Out or Invest in Innovation?

Innovation doesn’t just happen: it requires significant investments both in the exploration of new products and technologies and in the people who can carry out those explorations. It requires investments in things that may not provide and instantaneous return, such as within the current fiscal quarter. It also demands that people be allowed to apply focus and commitment to their work every day. Innovation also generally demands that people be allowed to work in stable, cross-functional teams, in an environment that encourages experimentation and can tolerate the occasional failed experiment. 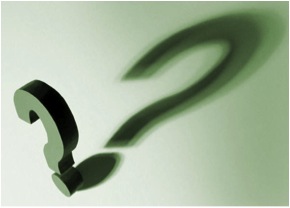 So why can’t you have a full-time ScrumMaster, Product Owner, and dedicated cross-functional Team Members? If you work for a large company, the answer lies in what happens to the profits. Is your company on Lazonick’s list? If so, you know the answer.

* William Lazonick, “Stock buybacks: From retain-and- reinvest to downsize-and-distribute.” Brookings Institute, Center for Effective Public Management at Brookings, April 2015. William Lazonick is a professor of economics at the University of Massachusetts-Lowell, where he directs the Center for Industrial Competitiveness. He is co-founder and president of The Academic-Industry Research Network.